In 2016, Ward signed the Taxpayer Protection Pledge in her primary challenge to Senator John McCain, making a written commitment to Arizonans that she would oppose all tax increases. She lost that election but was elected as Party Chairwoman two years later in 2018. Her supporters have long claimed she would remove the RINO-establishment influences from the party.

“Kelli Ward promised the people of Arizona in writing that she would oppose any and all tax increases. She just called for a sales tax hike that would damage every citizen of Arizona,”

The AZGOP is bankrupt. The Jonathan Lines and McCain donors have withheld their funds and are acting independently since she took office. Ward has had great deal of difficulty in finding replacements for the upcoming elections. Rumors have been circulating that she was convinced to support this bill to gain favor with the remnants of the RINO establishment. Rodney Glassman is a former Democrat who ran against John McCain in 2010 for the Senate. After it was discovered that Glassman forged ballot signatures, plagiarized his Ph.D. dissertation, and ruined his reputation in the Democratic Party, he switched to the GOP and was embraced by Jeff Flake cronies like Bill Montgomery. Glassman, who is a trust-fund millionaire, pushed for a double digit tax increase for the last two years. 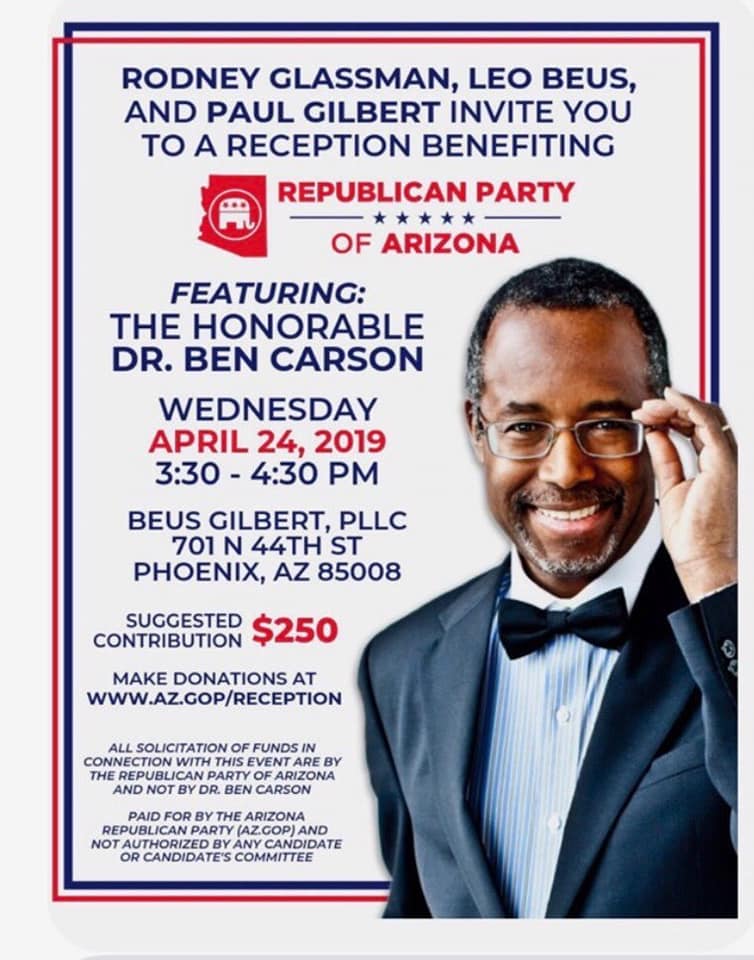 According to State Senator Vince Leach of District 11, Glassman organized a fundraiser with Ben Carson, Leo Beus, and Paul Gilbert in exchange for Ward’s support of the tax increase. 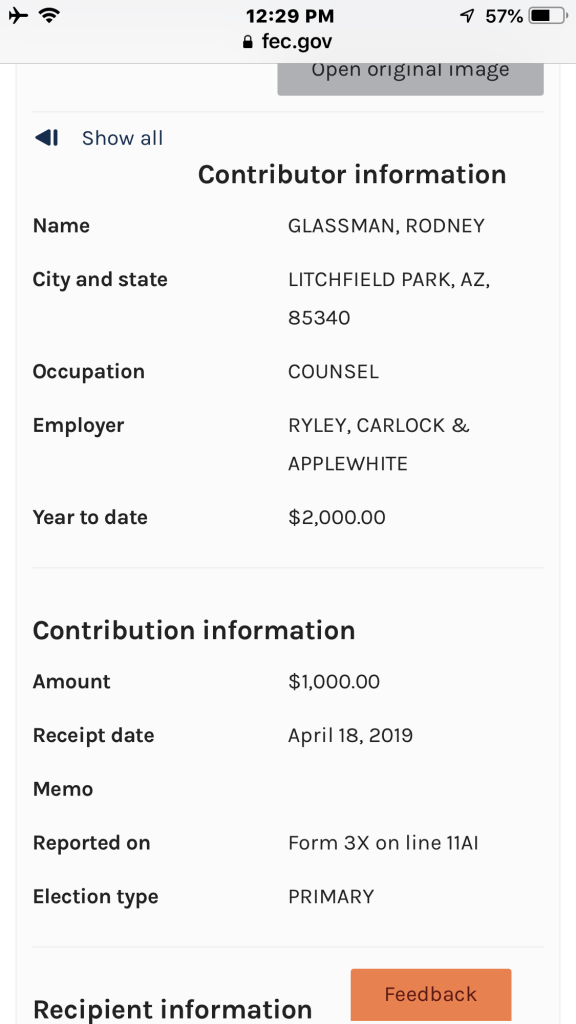 (Update 5/21: According to FEC Reports, Glassman donated $2,000 YTD to the AZGOP, most recently on April 18th just a week before the Ben Carson Fundraiser)

During the 2016 Corporation Commission race, Glassman raised twice the amount of any other candidate totaling $767k. $200k of which was donated by himself. Glassman is reported to have used Union and Planned Parenthood money from his 2010 campaign, money that was suppose to have been returned.

Glassman is associated with several organizations like Lucha AZ, an open borders advocacy group. As well as a family PAC called the Arizona Stronger Universities (ASU) that was seed funded by his wife with $26k. She is still a registered Democrat. It’s not a stretch of the imagination that the PAC takes money from unions and then applies it to his campaign.

Why would Ward do this? All sorts of ridiculous explanations have been thrown around. “To expose the left’s agenda, and put people on record for supporting a tax increase while giving into the demands of the education unions.” As some form of 4th Dimensional Chess. The Ward sycophants need to wake up and start holding her accountable. This isn’t gaining any favors with the left, Joe Thomas, the head of the Arizona Education Association teacher’ union, called Ward’s tax increase “Too little. Too late.” No amount of money will make up for the base abandoning her leadership. You are not going to gain supporters by trying to outspend Democrats either.

Ward has a terrible record when it comes to criticism by unfriending and blocking Republicans on social media.  Perhaps its time for Republicans to rebuke her and start looking for a replacement.